Helbor has a highly efficient structure with 286 employees among 2 units. This gives them the ability to simultaneously develop multiple projects in different locations. Moreover, its executives have a great deal of experience, including in the financial and credit markets, and its team also has expertise in the development market.

The company’s land bank is highly diversified both geographically and by income segment. In addition, Helbor develops projects with an average Sales Value (VGV) of less than R $ 80 million, which allows reducing risks through diversification. In the second quarter of 2018, the company’s total land bank amounted to R $ 5.6 billion, of which R $ 4.3 billion was Helbor’s share. The images below detail the land bank (% Helbor) by segment and region:

Helbor, since its foundation, has adopted a model of performance unique in the industry, ie, the pure development. This means that the construction activities of the enterprises and the sale of units are charged by local partners, especially selected for their great experience. By focusing exclusively on real estate development, Helbor can take advantage of opportunities in several regions and operate in all income segments, maximizing the company’s value generation and optimizing cash management.

Helbor’s partnerships with the primary domestic players in the sector, like constructors and brokers, are essential to its success since they allow them to implement Helbor’s successful techniques. A great example of success in this business model was the Helbor Victoria Home Club development (Joinville – Santa Catarina state), in partnership with the constructor Camilotti and brokers Loocau and Anaga. 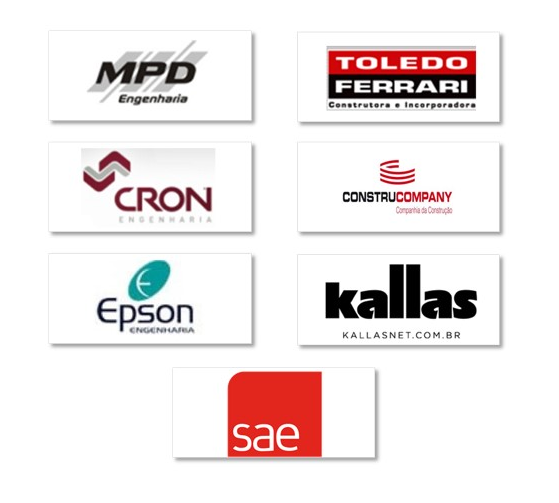 Founded 40 years ago, Helbor is a traditional and stable company. They have a reputation for quality and on-time delivery, and are considered innovators in product conception and trend identification. These values have been recognized by the awards the company has won over the past 10 years.

Helbor won the “Top Imobiliário” Award, sponsored by the newspaper O Estado de São Paulo, in six editions. Based on rankings developed by the Empresa Brasileira de Estudos de Patrimônio (Embraesp), which assesses the number of launches in the São Paulo metropolitan area, Helbor won the Top in 2002, 2004, 2005, 2010, 2011, 2013 and 2014, positioning itself between the 10 largest developers. In 2009, won the award in the category Sales Performance, with the development Helbor Offices Villa Rica in Santos (São Paulo state).

Helbor also won five times the “Master Imobiliário” Award, organized by Sindicato da Habitação (SECOVI-SP) and Capítulo Brasileiro da Federação Internacional das Profissões Imobiliárias (FIABCI Brazil), with the cases of the developments Helbor Flex Home Premium, at Frei Caneca street, in São Paulo (São Paulo state), for its contribution to the revitalization of that area of the city; Aton Business Style, the most modern office building ever built in Goiânia (state of Goiás); Helbor Offices Norte-Sul, an office building in Campinas (São Paulo state) with 238 rooms sold in one business day before the launch; in the area of social responsibility, the “Mestres de Obra” project, which teaches art to construction workers in Casa das Caldeiras development complex; and Helbor Concept (2012), a multipurpose complex (commercial, corporate and residential), which is being developed next to the Mogi Shopping, in Mogi das Cruzes (São Paulo state) and had its 472 units sold in 7 hours.

The experience and knowledge we have gained over our long history has allowed us to develop our current operating strategy of concentrating on the most profitable areas and sectors.
Previously, we had adopted a strategy of diversifying geographically to various Brazilian cities and developing projects with higher GDV and a larger numbers of units, in the residential, commercial and hotel sectors. Our sales process was carried out using third party brokers, who generally focus more on selling newly launched developments, which is less efficient for selling completed developments. In addition, we had an indebtedness profile focused on housing finance connected to the SFH, with higher costs and shorter average tenors compared to our current indebtedness profile.
However, in response to the recent Brazilian macroeconomic and economic environment, we have begun to focus on residential projects with lower GDV, were our stake is between R$90 million and R$120 million.  We continue to maintain our flexibility for customized launches, both in and outside the state of São Paulo, and to identify opportunities to generate high value and returns for our shareholders, such as our Wide and W Hotel projects. The municipality of São Paulo has become our main geographic focus, along with the Greater São Paulo metropolitan region, where we consider development opportunities as they arise and where we have a good track record of sales and partners with proven operational capabilities.
On the sales front, we created HB Brokers, our own brokerage company, which gives us the flexibility to sell completed developments and launch developments consistently with our strategic positioning.
The efficient management of our liabilities is demonstrated by our successful issuance of Certified Real Estate Receivables – CRIs, which has helped extend the average maturity, and reduced the average cost, of our debt.